What are the signs of pregnancy?

In many cases, the first sign of pregnancy is a missed menstrual period. Most pregnancy tests give a positive result when the menstrual period is missed. Other early pregnancy symptoms include tiredness, bloating, more frequent urination, changes in mood, nausea, and swelling and tenderness in the breasts. These symptoms do not all appear together in all cases, but it is common to have at least 1 of them.

What happens in the first month of pregnancy?

The pregnancy is divided into 3 trimesters. Each quarter lasts just over 13 weeks. The first month marks the beginning of the first quarter.

Pregnancy consists of approximately 40 weeks from the first day of your last menstrual period. The weeks are grouped into three quarters. Find out what happens to you and the baby in these three stages.

During the first trimester, the body goes through many changes. Hormonal changes affect practically all organ systems. These changes can manifest symptoms even in the first weeks of pregnancy. Menstrual delay is an obvious sign of pregnancy. Other changes may include:

As the body changes, you probably need to make changes to your daily routine; for example, going to bed earlier or eating more frequently but in small amounts. Fortunately, most of these discomforts will go away over time. And some women feel nothing at all. If you have been pregnant before, you may feel different this time. All women are different; the same goes for pregnancies.

Most women feel that the second trimester of pregnancy is easier to carry than the first. Still, it’s just as important to stay informed about pregnancy during these months.

You will notice that some symptoms, such as nausea and fatigue, will disappear. But now there will be new changes in the body that will be more evident. The abdomen will expand according to the baby’s growth. And before this trimester ends, you will feel the baby begin to move.

As your body changes to make room for the baby, you will likely have:

You are in the final stretch! Some of the second trimester discomfort will continue. Also, many women feel short of breath and need to go to the bathroom more often. This is because the baby is growing bigger and bigger and putting more pressure on the organs. Don’t worry, baby is fine and these problems will ease once you give birth.

Body changes you’ll notice in the third trimester include:

The closer you get to your due date, the cervix becomes thinner and smoother (this process is known as effacement). This is a normal, natural process that helps the birth canal (vagina) open during labor. The doctor will monitor progress with a vaginal exam as the due date approaches. Cheer up, the countdown has started!

From four to five Weeks:

What are the symptoms of pregnancy in the tenth month?

Towards the end of pregnancy, the uterus expanded from the pelvis to the bottom of the rib cage. Symptoms of pregnancy in the tenth month depend largely on when the fetus descends to the lowest part of the uterus.

Difficulty breathing, heartburn, and constipation generally improve when the fetus descends. But the lower position of the fetus in the pelvis causes frequent urination and problems with holding urine.

The cervix will begin to open (dilate) in preparation for delivery. This can happen a few weeks before delivery or it could start when you go into labor. You may feel shooting pains in your vagina as the cervix dilates.

After giving birth to the newborn, the placenta and other tissues also leave the body. This is called “delivery.” 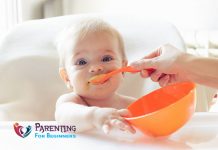 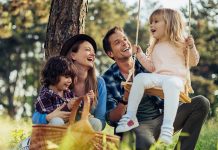 WHY HEALTHY EATING IMPORTANT FOR OUR LIFE?

ADVANTAGES AND DISADVANTAGES OF INFORMATION TECHNOLOGY