Yes, WhatsApp, a messaging platform that’s known for its end-to-end encryption, just got hacked by an Israeli cyber intelligence company called the NSO Group. They managed to inject malware into targeted phones and steal data by simply placing a phone call.

The reason why it’s so serious is that the target, which could potentially be any of us, does not even need to pick up the call and there’s no trace of it in the log as well. So far, the hackers appear to have targeted only a couple of high-profile activists.

According to Facebook, all brands of phones with WhatsApp or WhatsApp Business installed have been effaced. That includes Apple’s iPhones, all Android phones, Windows Phones (if you still happen to use one), Tizen devices and more.

Well, WhatsApp is used by 1.5 billion people globally, and potentially anyone could be a t

So, How To Check If You Were Affected?

As mentioned earlier, not a lot of people have been affected by the malware so far. It’s a good thing considering how each and every WhatsApp user was vulnerable. Well, if you haven’t received any WhatsApp voice calls or dropped calls from an unknown user, then you’re probably safe.

But instead of playing the guessing game, it’s always best to protect yourself from such vulnerabilities. In this case, it’s as simple as updating the version of WhatsApp that’s running on your phone.

Here’s How You Can Do That: 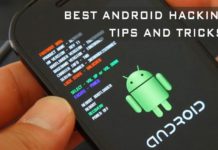 Best Android Hacking Tips and Tricks for Everyone HOW TO PROMOTE AN APP ON SOCIAL MEDIA