The vacation days that Real Madrid gave its footballers after winning the Spanish league title brought consequences. Especially for the Dominican-Spanish striker Mariano Díaz, who returned from them and tested positive for COVID-19 , the Merengue club reported through an official medical report.

However, before putting on his boots to go out onto the field and meet his teammates, the former Lyon footballer did not pass the tests and had to go home, where he will pass the social isolation that will deprive him of being part of the team that will travel to England.

“After the COVID-19 tests carried out individually on our first soccer squad yesterday by the Real Madrid Medical Services, our player Mariano has given a positive result. The player is in perfect health and complying with the sanitary isolation protocol at home, “the institution said in an official statement on its website.

In this way, Mariano Díaz will not be able to play the return match for the knockout stages of the Champions League against Manchester City , a complicated game, considering that he is forced to overcome the 1-2 he suffered at the Santiago Beranbéu before that soccer stopped due to the coronavirus.

As a result of the good performance that Karim Benzema had throughout the season, the 26-year-old footballer did not have the minutes he wanted on the field and came to participate in only seven games in which he scored the only goal against FC Barcelona in the 2-1 defeat at the Santiago Beranbéu.

Mariano Díaz shared various photos of his vacation on his social networks , although in most he appeared alone and enjoying the scenery, in others he could be seen surrounded by people less than a meter away and without masks.

This will not be the only loss with which the return match for the eighth Champions League between the meringues and the citizens will count . It is that Pep Guardiola confirmed that the Argentine attacker Sergio Agüero will also not be present at Ethiad Stadium , due to an injury to the external meniscus of his left knee.

“I do not think it is possible,” said the coach of the English team when asked about the participation of former Atlético de Madrid in the duel on August 7. 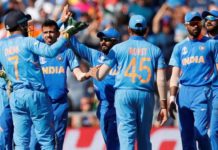 Men In Blue Go Orange! Everything You Need To Know About Team India’s Away Kit Against England 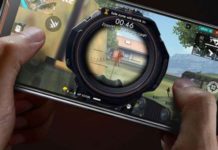